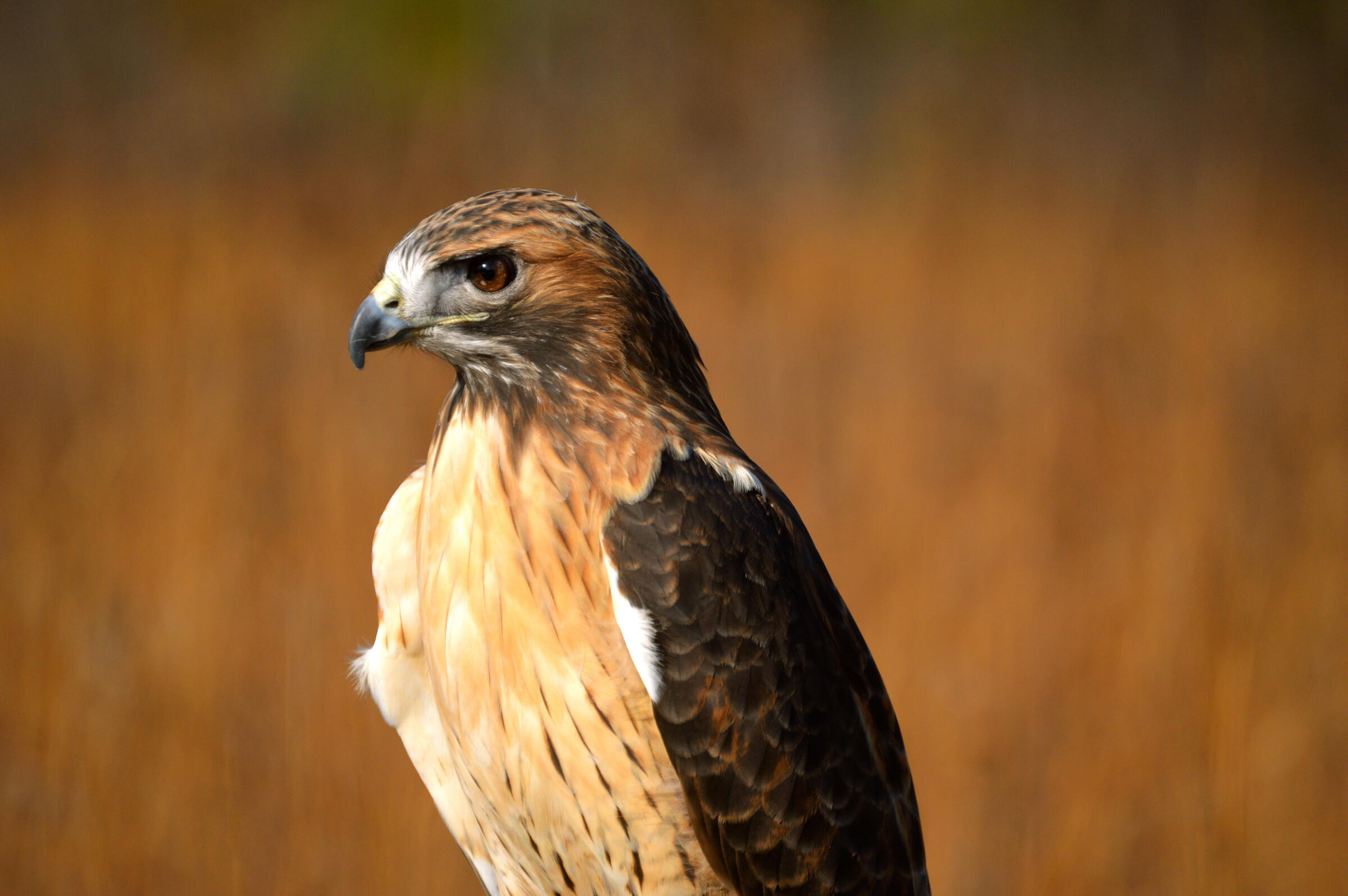 I welcomed a bumper crop of Cardinal, Mockingbird, Robin, and Grackle fledglings to my yard this summer. It was a pleasure to watch the parent birds flying back and forth trying to keep up with the insatiable hunger of their chicks. I resisted the urge to “rescue” a seemingly abandoned Mockingbird chick, and a short time later was treated to the sight of the adults flying directly to their youngster with radar-like precision and bills full of food. When a chick is “fully fledged,” which means the time in the life of a young bird when its feathers and wing muscles have developed enough to allow it to fly, they usually leave the nest and perch in nearby shrubbery where the parents find and still feed them. Sometimes well-meaning humans observing a young bird seemingly abandoned, seek to “rescue” it, bring it home and try (usually unsuccessfully) to raise it, not realizing that the parent is in the area and is closely monitoring it’s chick. The term “fledgling” is applied to a young chick that has recently fledged but is still dependent upon parental and feeding.

The GSBAS Feeder Survey has been run for many years. The reward of the survey is to bring awareness of nature to our doorstep and share our observations with others. Unfortunately there may be an issue with feeding birds this fall, a report of an illness among birds that might be spread at feeders has put a damper on using bird baths and feeders, we are hoping to have more information regarding this issue soon. Please remember to sanitize your feeders and bird baths with a 10 percent solution of chlorine bleach.

How Does the Survey work?

1) The counting period is 5 months from November to March. You are welcome to join the survey at anytime.

2) During the first 15 days of each month, view your feeders, count the number of each individual bird species you observe, report the largest number of each individual species seen at any one time. Example: if you see 10 Cardinals on the 1st, 5 on the 8th, and 3 on the 10th only report the largest amount seen, (10 Cardinals). The birds may actually be at your feeder or attracted to your yard by feeding activity.

3) Using the form provided, use 1 form per month to record the largest number of individual species seen. Add any extra species to the list.

4) Not later than the 19th of each survey month, mail your completed form or list to Helga Merryman, 38 S. Carll Ave., Babylon, N.Y., 11702. You can also send your sightings and photos to me at eider55owl@optonline.net. Please put FEEDER SURVEY in the subject line. I will compile the information and the results will be published in the following issue of the Sandpiper. 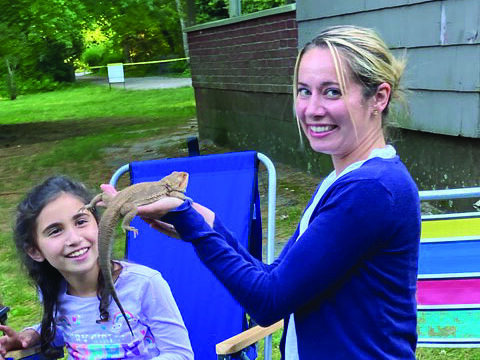 Here we recap our June meeting with a visit from the Tackapausha Museum and Preserve, where we were able to see some of the wildlife they brought over. 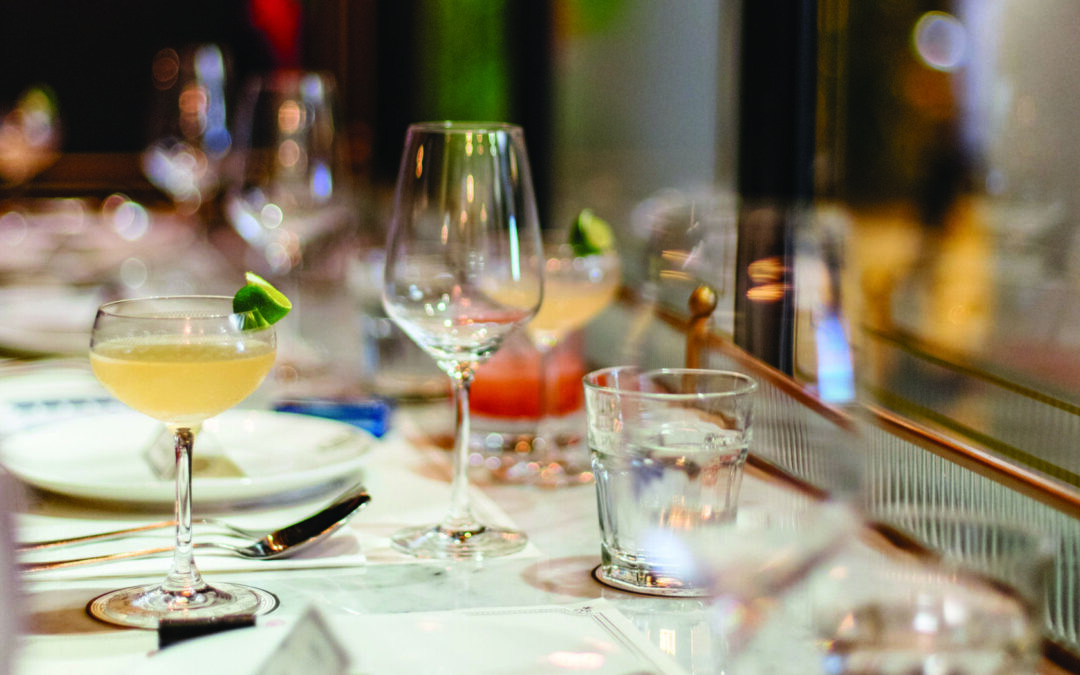 Due to a low response to the October dinner at Captain Bills and Covid, we decided to cancel it. 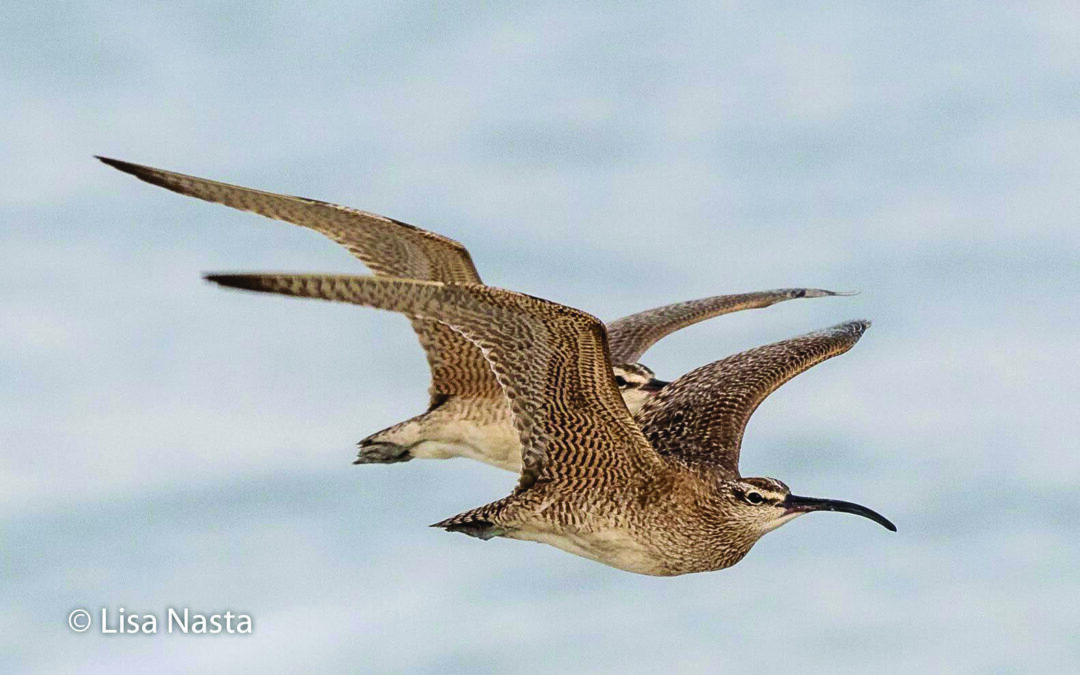 Hello my little birding friends! Hope you are all well and getting through all that’s going on in the world. I can’t wait to getback to normal, if there is such a thing. Good thing for the birds.