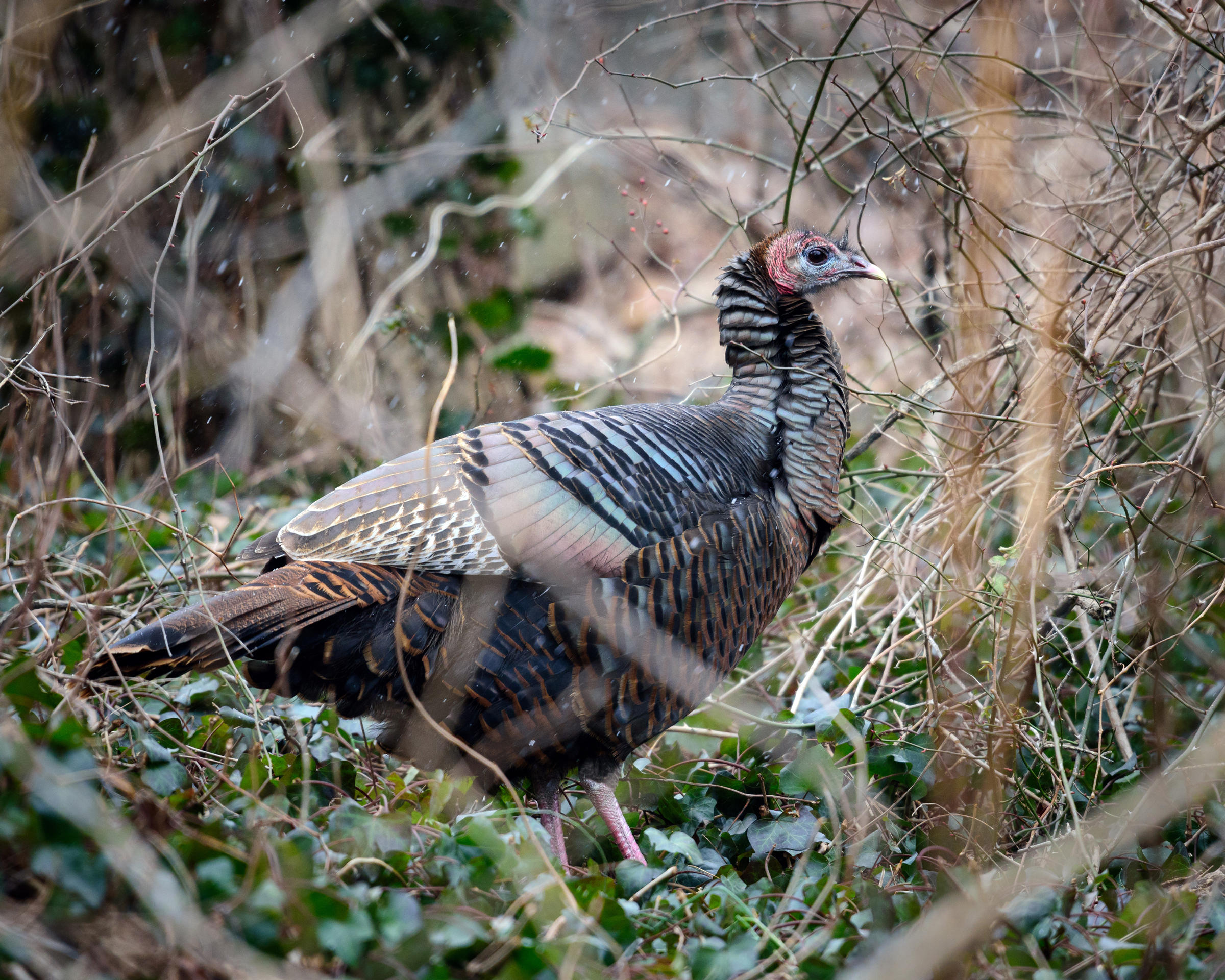 Recently, Wild Turkeys have become a more common sight on Long Island, you see them walking on the grass alongside highways and at Morton’s Wildlife Refuge, also visiting the Horman’s backyard in November. Turkeys were first domesticated in Central America around 800 BC For their meat Indigenous North Americans began using turkey feathers in robes and blankets around 200 B.C. Most of us are familiar with the common turkey, but there’s another kind in Central America, the Ocelated Turkey, smaller with a bright blue head and flashes of iridescent, peacock-like feathers. Wild Turkeys were driven to the point of extinction in the early 1900’s with only about 200,000 left in the wild due to overhunting and loss of habitat. Luckily in the 1940s, restoration efforts were successful and with the cooperation of hunters and naturalists. The population has grown to over 6 million wild birds in the US today. The only U.S. state without any Wild Turkeys is Alaska. About the turkey, Benjamin Franklin wrote that in comparison to the bald eagle, the turkey is “a much more respectable bird, and withal a true original Native of America…He is besides, though a little vain & silly, a “bird of courage.” The name turkey became known as such in the English language because turkeys and their close relatives, guinea fowl, were initially brought into Europe by turkish merchants. Turkeys follow a strict pecking order and are known to attack birds and even people they feel are inferior, this occurs mostly during the spring mating season. It is recommended not to look the birds in the eye, so as not to provoke an attack. Town officials in Brookline, Massachusetts encourage residents to clang pots, yell, spray the turkeys with hoses and swat them away with brooms to avoid unwanted confrontations. Now we can add ducking aggressive Turkeys to our list of everything else we have to avoid.

The GSBAS Feeder Survey has been run for many years. The reward of the survey is to bring awareness of nature to our doorstep and share our observations with others. Visit greatsouthbayaudubon.org to learn more about how the survey works. 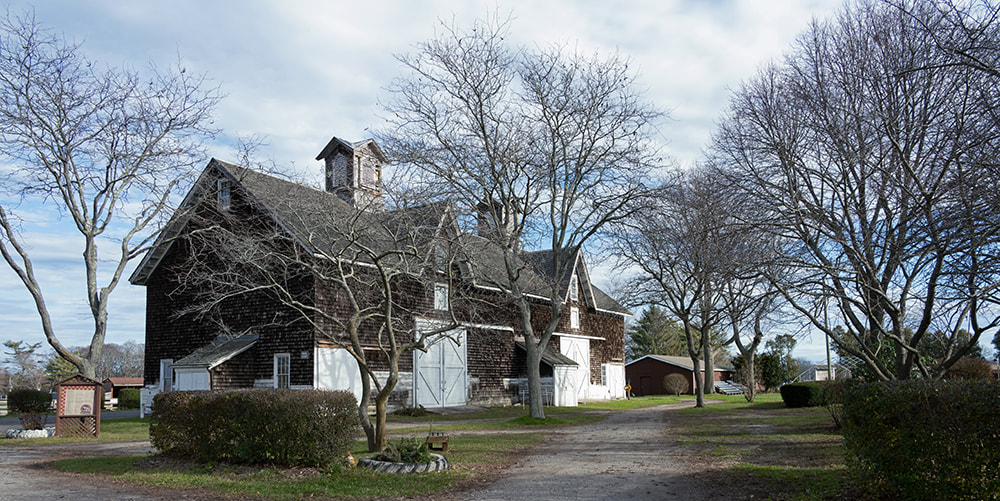 There was an impressive turnout and lovely weather for the field trip to Suffolk Farm on Saturday, November 5th. Over the course of three hours, 35 species were observed by the group 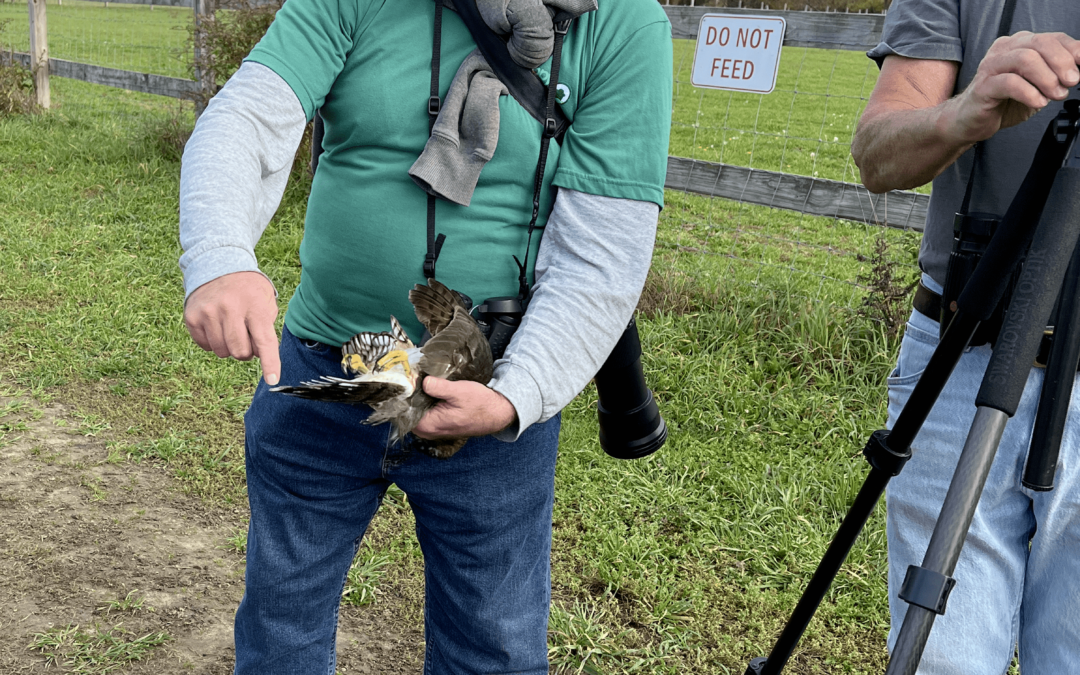 Participants of our November 5 nature walk to Suffolk County Farm were treated to a hands-on ornithology lesson from long-time GSBAS member Mike Cooper. 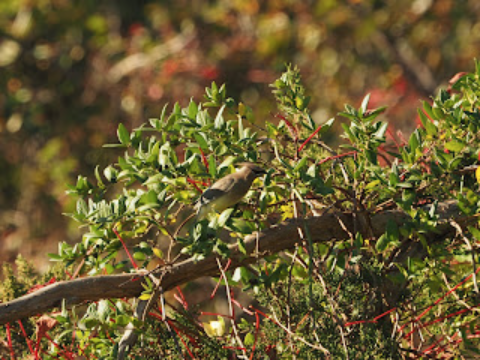 Today was our final Tuesday walk for the fall season. It was bright, crisp and windy. A typical fall day on the north shore of Long Island.